I first started growing my beard about 18 months ago and if I am being completely honest, other than my wife, I have never loved anything more. 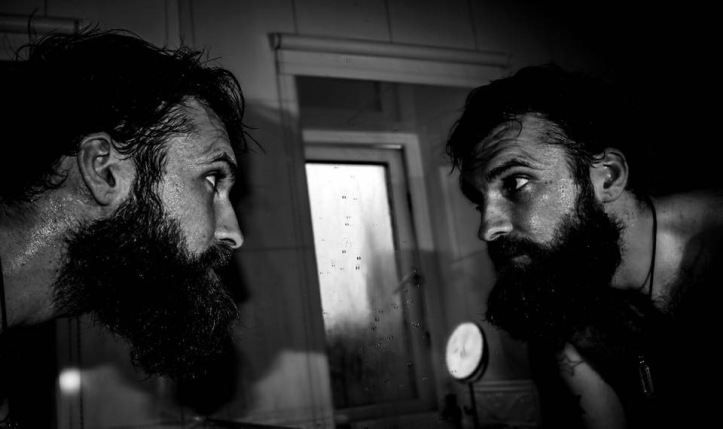 (World hunger, no problem. My post-dinner beard can sort that and still have enough leftovers to put in the freezer).

Anyway, on this particular day, me and the wife were in the middle of a weekend away in Cornwall and she decided that she wanted to stop at the beach to get an ice cream. I would have been happy with this any other time, but it was a pretty chilly September afternoon and I was feeling a little bit worse for wear after consuming too much wine with dinner the night before. Obviously though, as with all marriages, my protests fell on death ears and it was decided that we were going to the beach.

Of course, I did the only thing that any man can do in this situation and decided that I’d show my disappointment by refusing to speak. The most grown up of protests known to mankind.

Not long after we had reached the beach, we came across our first issue. We were both wearing jeans and trainers and to get to the ice cream truck, we had to wade through a river (my wife has since assured me that it was a tiny stream, but I am certain; it was definitely a raging river).

My wife set off first and annoyingly she skipped across the river, easily staying dry. I didn’t. I managed to mis-calculate the last little step and placed my suede shoe down into the stream, I mean river, and soaked my entire foot. I quickly did a little skip and played it out; pretending that I had meant to do it the whole time. She, of course, didn’t buy this for a second and spent the next few minutes recreating my reaction. As you can imagine, I wasn’t best pleased (understatement of the century).

Finally, we ordered our ice creams and you will be surprised to know that this was pretty much fuss free. Very quickly though, I realised the issue. Ice cream has to be eaten in a very precise manner when you have a beard and eating something in a precise manner takes time. Something which is lacking when you are trying to eat a food that melts. My face very quickly started resembling an abominable snowman as rivers of melted ice cream dribbled all over it. I also had ice cream dribbling down my hands.

At this point, I decided that I just couldn’t life any more and was unable to hide my annoyance for a second longer. I am ashamed to admit that I then proceeded to have a full blown temper tantrum (with foot stamping and everything).

Let me paint the picture for you. This was a very busy Cornish beach, overlooked by beautiful cliffs and with a stream, I mean river, meandering calmly through. Literally the definition of picturesque. I mean, this place probably has a famous painting of it somewhere, that sort of place. Then picture a heavily tattooed and bearded man-child stood in the middle of the picturesque beach. Now picture that man-child holding an ice cream in one hand and his dripping shoes in the other, stamping his feet and growling like a dog. You are probably very close to the image that the nearby tourists were subjected to that day. Probably not my finest moment and the fact that my wife was nearly on all fours with laughter made it ten times worse.

After about 30 seconds, a young child, who was walking past, joined my wife and stood there watching me with excitement. Then it happened, literally the most embarrassing moment of my life. The young child tapped my wife on the shoulder and very smugly said, “have you tried putting him on the naughty step, that’s what my mum does when I’m being naughty”.

Even this kid, who is probably about 5 years old, is more of a grown up than me. Welcome to my life.

Join 127 other followers
Follow The Hopeless Husband on WordPress.com